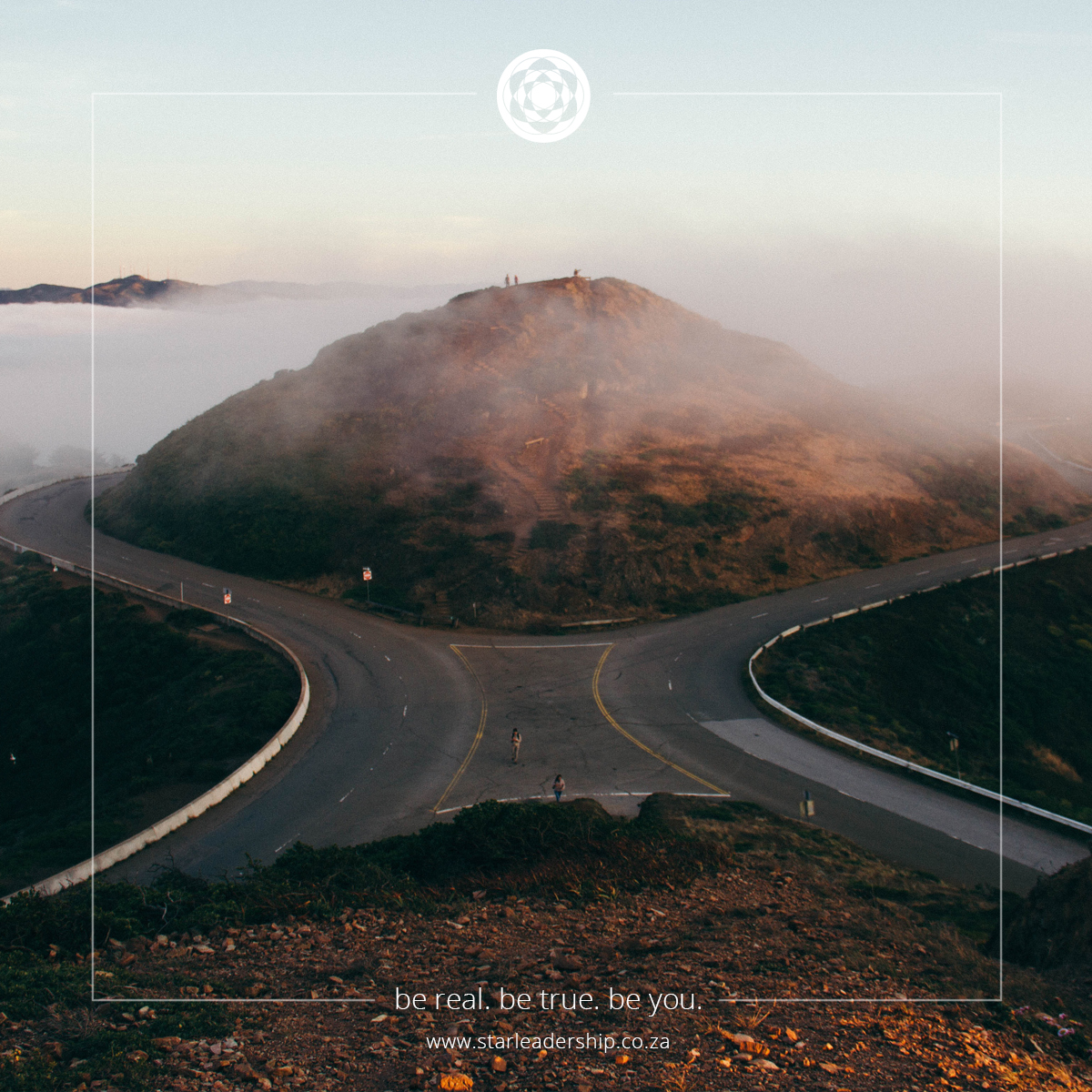 This may seem a strange question. After all, why would anybody make decisions that are not in line with what they value most? Doesn’t everyone? Isn’t that simply the bare minimum of self-preservation? It’s not that simple, it seems. As Jared Diamond puts it in his book, Why is Sex Fun? The Evolution of Human Sexuality: “Perhaps our greatest distinction as a species is our capacity, unique among animals, to make counter-evolutionary choices.” We don’t always make choices based on what we know is best for us? Why do we do this? What drives us to do so?

The best example: think about your job. If you are an employee, what drove your decision to apply for and accept your job? Was it a burning passion for the work you would be doing, or was it fear of not being able to cover your bills at the end of the month? If you can honestly answer that it was passion, then you are among an extremely fortunate minority. This is not to say that either of these choices is necessarily bad. If you take a job because you place a higher value on financial security or on being able to fund a particular lifestyle than you do on enjoying your work, then you may, without any inherent contradictions, take a job that you don’t really like all that much. Perhaps it doesn’t matter what decision you make, only that you ensure that the final decision is in line with your values, driven by what you love, not what you are afraid of.

A lot of the time, we are making decisions based on the need to solve a current problem. Each choice is a reaction to something. How often in your life has a choice been unrushed, thought through and deliberate? On the other hand, how many choices have relied on split-second thinking without any time to consider the options? According to author Malcolm Gladwell, “Truly successful decision making relies on a balance between deliberate and instinctive thinking.” The key here is balance; it is not a question of deliberation being correct while instinct is wrong, or vice versa. But how do we strike that balance? How often does deliberation lead to a failure to decide at all? How often does instinct mean that we lose control of our decisions and feel forced into choosing?

When I was finishing high school, my parents offered me the choice to decide what path to take next – which university, which course, which career? I had already decided that I wanted to be a writer and filmmaker but I hesitated to follow that path. On the one hand, I wanted to be a maverick who carved my own path but I had no idea how to make that happen. There were also courses available at the time, which I could have taken but ultimately I chose not to for various reasons that seem nebulous and poorly motivated in retrospect. So what was the result of the choice I was offered? Five years of stasis and indecision. For half a decade, I did not pursue any further study or any real career-oriented action. My failure to make a decision was itself a decision with very definite results. Despite extremely good school results that could have placed me in more or less any course I wanted, I spent five years languishing in a low-paying retail job.

What does my example illustrate? Was it wrong of me to deliberate? Should I perhaps have just taken a split second decision and gone somewhere, anywhere? I suspect that the problem was not my lack of decision, but rather what was driving that indecision. I was afraid to make the choice to pursue what I really wanted. On the other hand, I was afraid to commit to some other choice only to find that it was really what I didn’t want. Fear, not a careful weighing up of options, was the cause of my indecision.

What I am saying is that it is not so much what we decide to do that has the most impact on our lives. Rather, it is what drives those choices that matters most. If I had decided after careful thought, to take some time off and not study or make any definite decisions, I might have been happier with the time I spent in limbo – if that were in line with who I was and what I wanted out of life.

On the other hand, if I had chosen then and there to pursue my dreams immediately because of an unshakable desire to do so, if I had focused on that desire regardless of whether it meant three years at university or ten years of working it out on my own, how would things have turned out? That would have depended on my motivations for the decision, on whether or not I was deciding on the basis of what would truly serve me or because of some other reason, like other people’s expectations or an ego-driven desire for success to make up for childhood pains, disappointments and perceived failures, for example.

But we’re not only talking about major life decisions. What about everyday choices? We are making them all the time – what’s driving them? We would all like to think that we are entirely conscious, rational human beings but very often we make decisions and act on them without really knowing what drove us to choose what we did. In the words of philosopher Alan Watts: “We feel that our actions are voluntary when they follow a decision and involuntary when they happen without decision. But if a decision itself were voluntary every decision would have to be preceded by a decision to decide – an infinite regression which fortunately does not occur. Oddly enough, if we had to decide to decide, we would not be free to decide.”

In other words, the majority of our decisions may, in fact, be largely unconscious. We sort through and eliminate thousands of options and possible actions each day and, in most cases, we do not stop to think about them. It’s as if some kind of decision-making programme has been installed in our brains, automatically making choices from second to second without us even being aware of it. So if choice is largely a natural and unconscious act, driven by some underlying programme, it follows that the only way to change our decision-making patterns, if we are not happy with them, is to change the programming. What is the programming? It consists of the ideas and affirmations that have been driven into our subconscious minds by repetition. All too often it is fear and pain – both ours and those of the people who influence us – that make the largest impact on us and drive our decisions.

A better decision-making programme would be one that is formed by self-love and clearly defined personal values, constantly affirmed and consistently acted upon. Once your values, whatever they may be, are clear and well defined in your mind, then making decisions that serve you well would surely be that much easier.